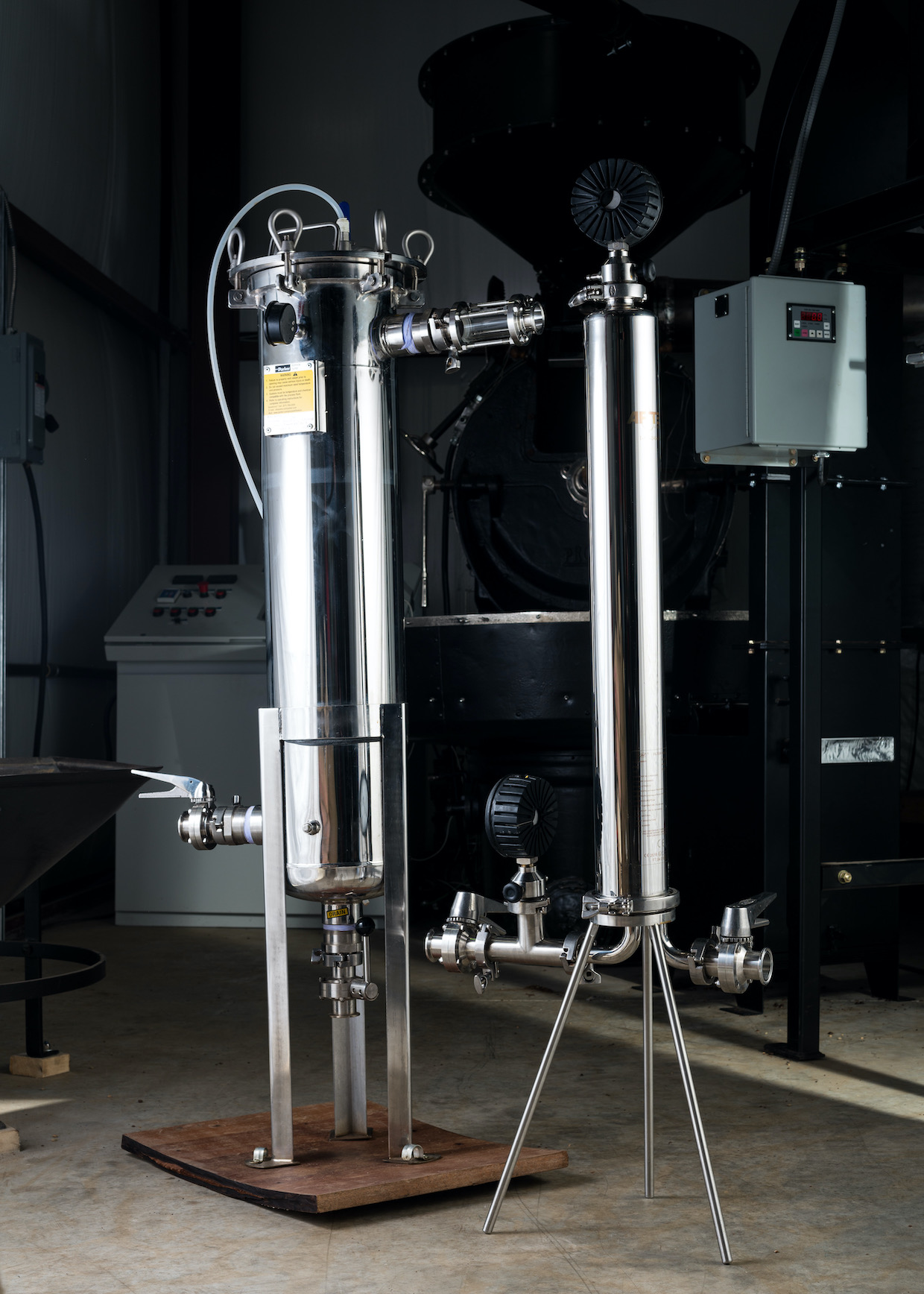 A filtration unit at the Brubendery production facility in New York. Photo by Kaleb Ladd-Cocca of LaddCocca, Inc., courtesy of Brubender.

Brubender’s big-batch brews are available for local delivery to wholesale customers in Upstate New York in 50-gallon containers, while its cold-chain deliveries of canned and kegged cold brew can be made available from coast to coast, according to the company.

A 1932 Probat G45 roaster at the heart of the Brubender production facility in Saratoga Springs is used to brown beans to wholesale customer specifications. Those beans then head into a brewing process that Brubender Founder Ryan Miller described to DCN as starting off with immersion before transitioning into Kyoyo-style slow drip. 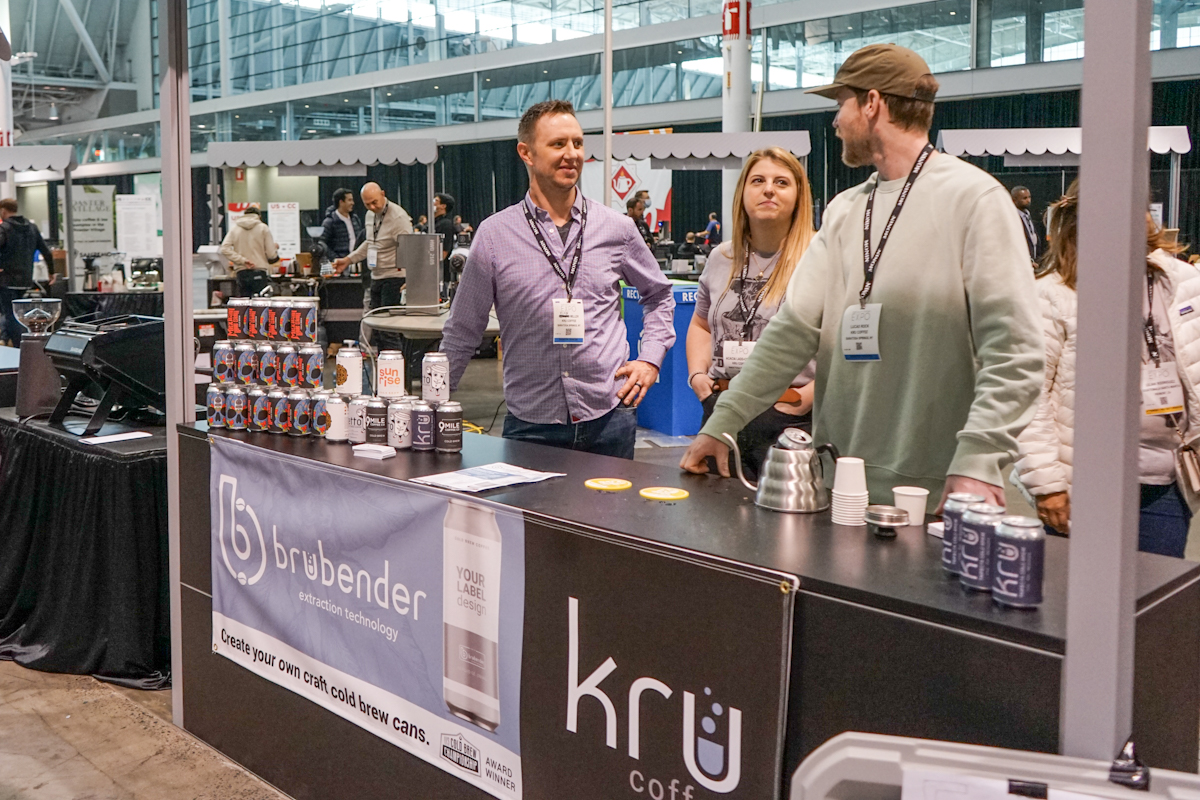 “On lighter roasted, more fragrant coffees, I get a lot more of that fragrance and those subtle nuanced flavors out of it with the Kyoto, and when I do darker roasts for people, I limit the Kyoto because that starts to pull out undesirable flavors,” Miller told DCN. “It just depends on which one I’m brewing — if I want to get more richness and smoother flavor, or more vibrant acidity and a brighter flavor.”

The Brubender system yields a 40-gallon batch of finished concentrated cold brew that measures 5.5% TDS in about 30 minutes, according to Miller. When diluted to a recommended TDS of 1.5%, customers have 160 gallons of ready-to-drink coffee.

Said Miller, “We can alter it a little bit from there if we need to for the cans, if people want more or less strength.”

A tattoo portrait artist and occasional working luthier, Miller is also the founder and head roaster of Kru Coffee, which opened its flagship roastery cafe in Saratoga Springs in 2016. A second Kru retail location opened in Burlington, Vermont, in 2020, followed by a third cafe last year in Glens Falls, New York. 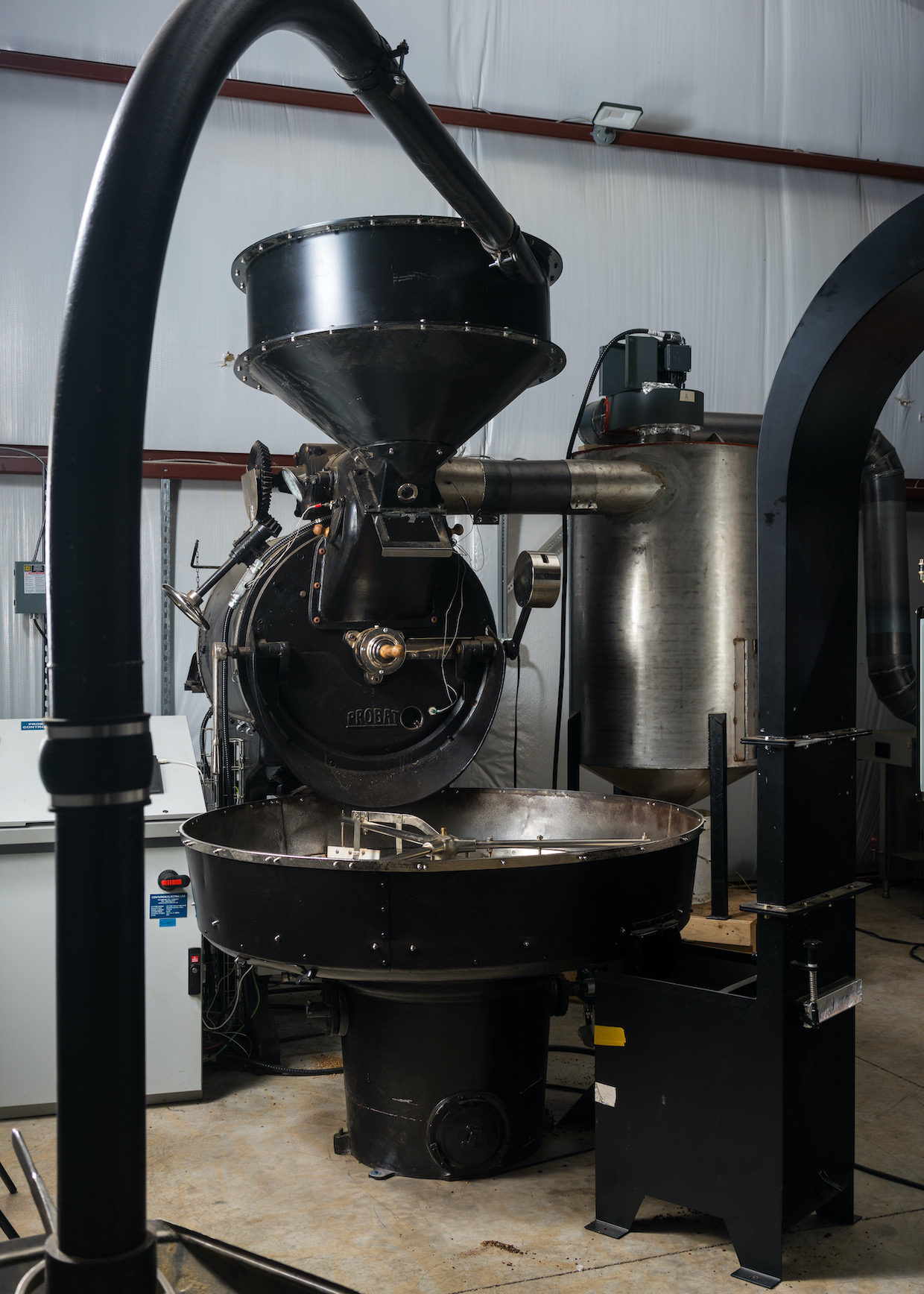 Both coffee companies now fit under an umbrella organization, 87 North Enterprises, Ltd., which Miller established along with family members in 2019.

Roasting for all three Kru locations plus the Kru Coffee wholesale operation is led by Luke Rock on a 15-kilo Joper located inside the Saratoga Springs cafe. Rock also roasts the majority of coffees for Brubender on the Probat, freeing up Miller explore other variables, including recently water chemistry. 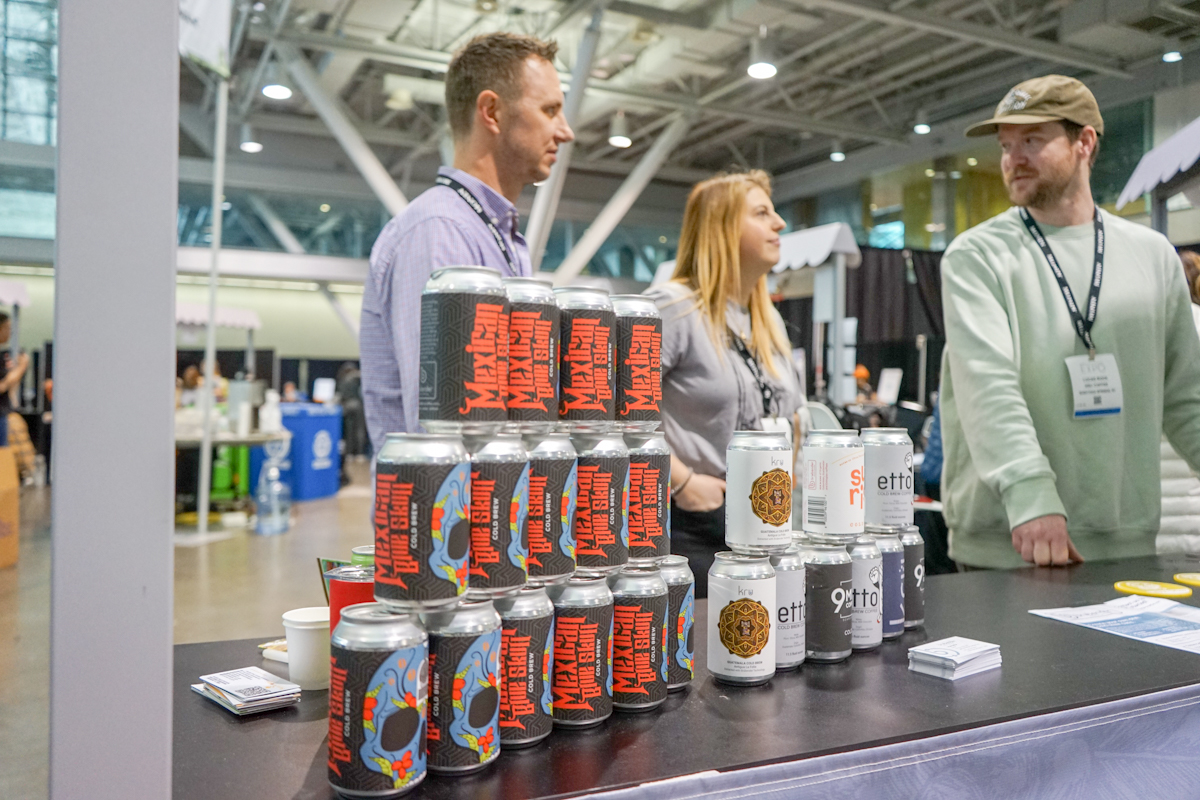 “I’m in the middle of doing a lot of water research on our product, to see how different water compositions affect our cold brew,” said Miller. “We’re happy with our product, but I want to just keep on making it better and better, and give people more options. We just want to be a very customizable cold brew company.”