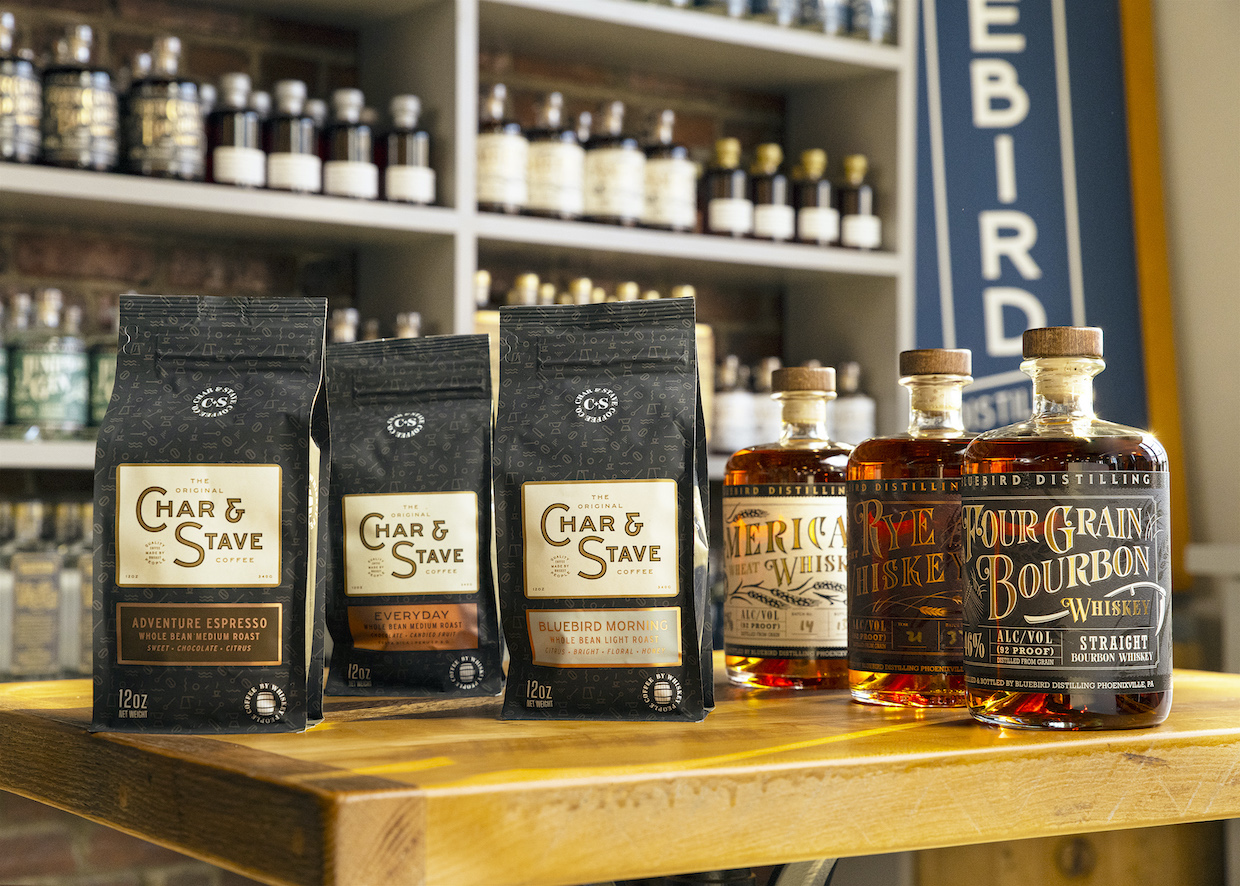 Coffee and cocktails have come together at Char & Stave in Ardmore, Pennsylvania. All images courtesy of Char & Stave.

Whiskey makers in suburban Philadelphia have set their craft-oriented sites on specialty coffee with a new roasting operation and all-day cafe and cocktail bar in Ardmore called Char & Stave Coffee.

The coffee arm of Phoenixville-based Bluebird Distilling is named for the blackened wooden slats of a whiskey barrel. Naturally, that connection is showcased with barrel-aged coffees, with barrels left over from the production Bluebird’s Four Grain Bourbon. 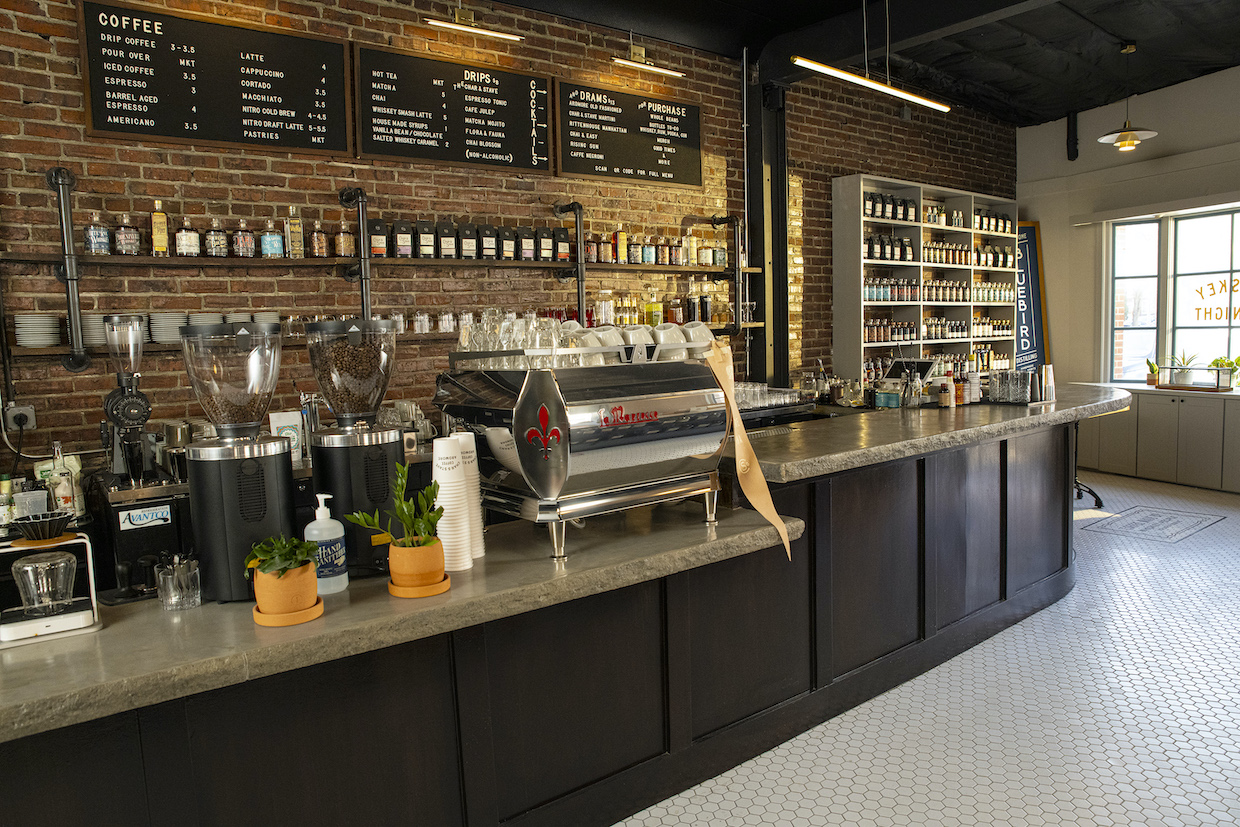 These and other coffees are roasted by Bluebird Head Distiller Scott Gilbert on a 15-kilo Mill City Roasters machine before they make their way to the bar at the rugged yet modern 1,500-square-foot Char & Stave cafe.

The company worked with Philly-based design and tattoo firm True Hand Design on both branding and the cafe, where dark toned wood, bright tile and cool concrete converge between red brick walls lined with iron pipe shelving for a handsome collision of craft beverage cultures. 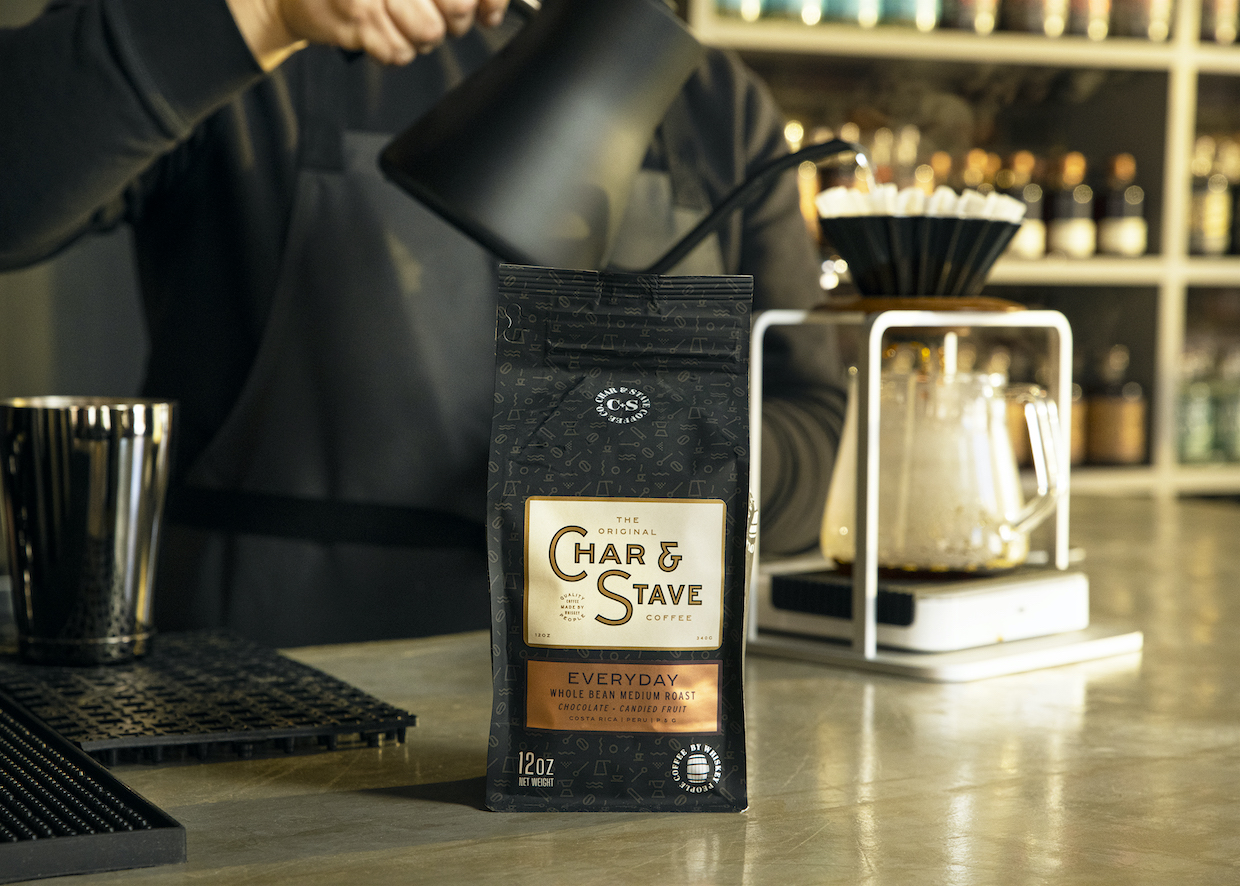 A chrome 2-group La Marzocco GB5 espresso machine pairs with a Mahlkönig E80 Supreme grinder for espresso, and drip coffees brewed on a Curtis batch brewer are ground by a Mahlkönig EK43 on a bar that balances traditional coffee service with an $8 menu of “Drips” and a $13 menu of “Drams.”

The former is a selection of mostly coffee-based mocktails, such as the Espresso Y Amaro that combines espresso with bitter Italian soda, strawberry, bitters and an orange slice.

Drams is the house cocktail menu, featuring coffee- and tea-influenced takes on classics such as a Caffè Negroni, involving gin, bitter Italian soda, nitro cold brew and orange. All the drinks are designed by Char & Stave Beverage Director Matt Giarratano.

“He has been the head of Bluebird’s cocktail bars and beverage program for the last eight years,” Char & Stave Co-Owner Jared Adkins told Daily Coffee News. “He has morphed his talent of mixology seamlessly into coffee.” 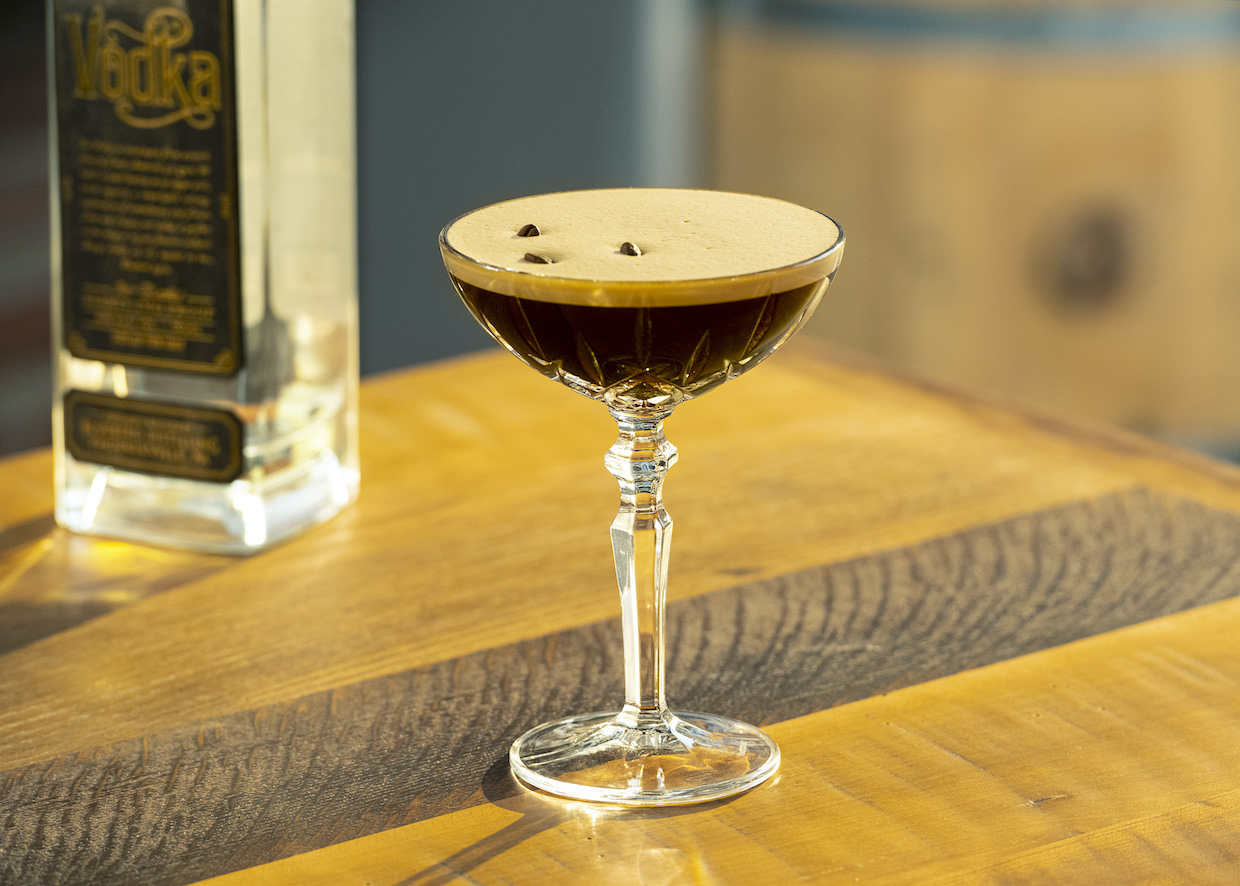 Scott Gilbert, who has worked for over 20 years in commercial brewing and distilling, spent the majority of that time also roasting at home as a hobby, supplying beans for family, friends and Bluebird employees.

In January of this year, Gilbert began browning beans at the company’s Phoenixville roastery and distillery, located about half an hour away from the new Ardmore flagship cafe. 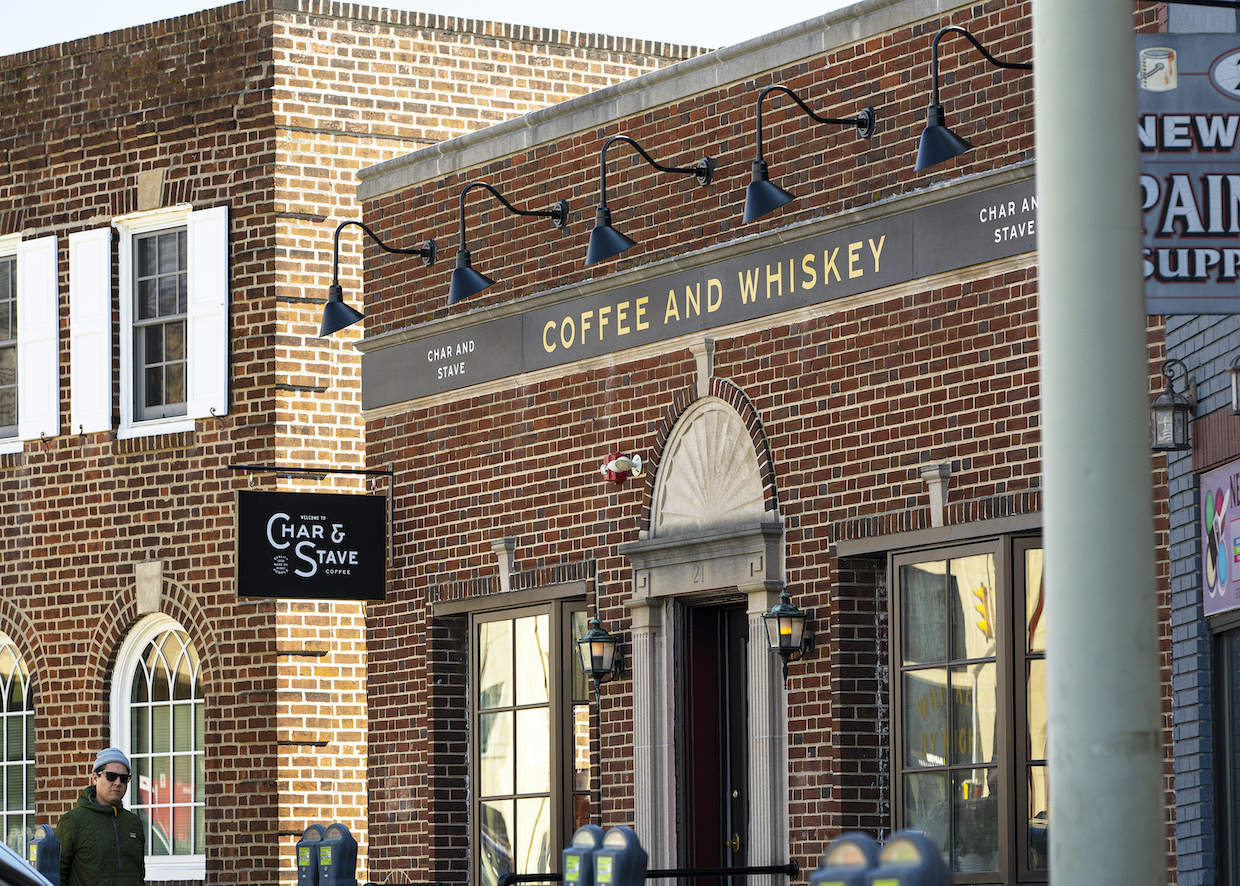 Adkins said an online store for retail coffee sales will launch this summer. Char & Stave has also just begun roasting for wholesale customers, and the owners plan to uncork yet another cafe/cocktail experience at the distillery later this year.