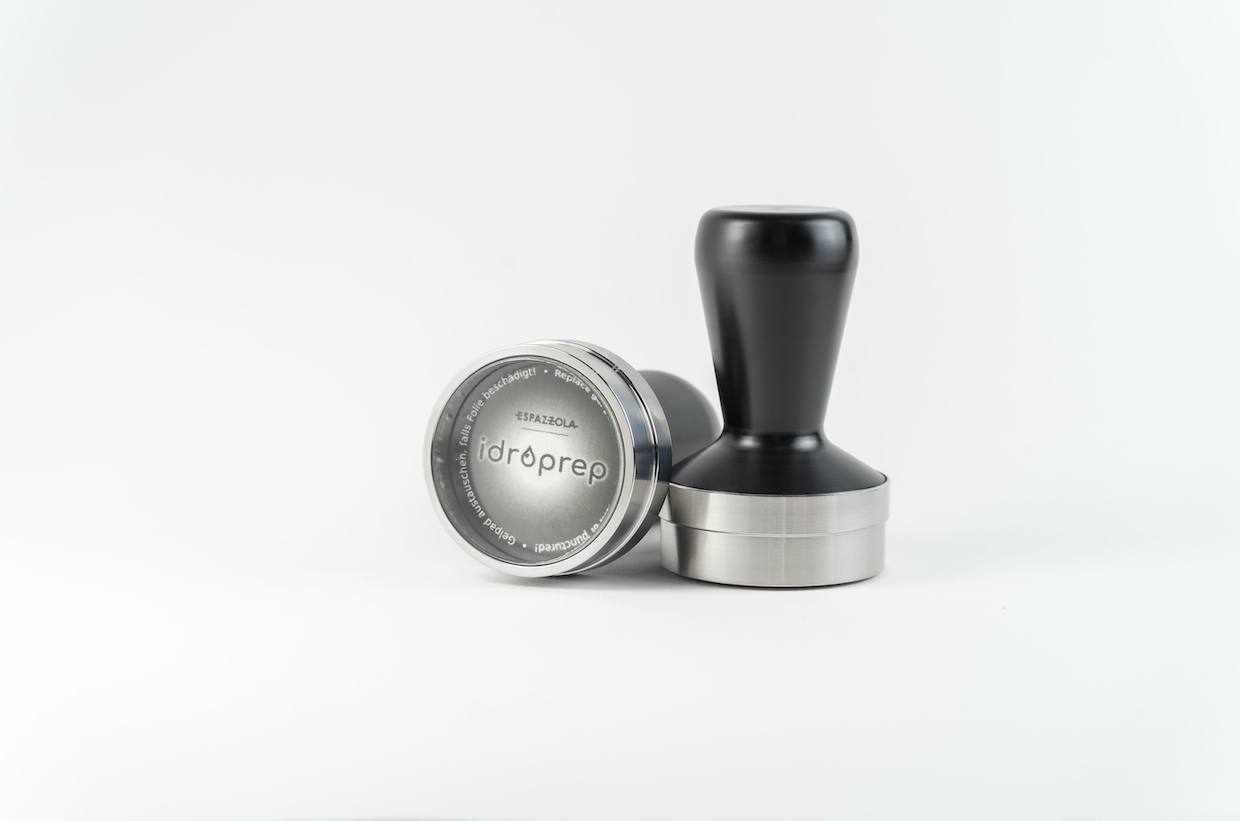 The makers of the Espazzola grouphead scrubbing device have returned with another espresso accessory designed to make a unique impression, the Idroprep hydroforming tamper.

While it looks like a normal tamper from the outside, a glimpse from below reveals that instead of a solid steel bottom, the Idroprep features a squishy polyurethane gel pad. When pressed upon a bed of ground coffee in an espresso basket, the pad hydroforms the coffee puck.

In manufacturing, hydroforming is the process of applying high hydraulic pressure upon a sheet of metal to force it uniformly into a die to produce curvy but rigid parts such as the body panels of cars. Given the grooves and hard-to-reach areas of the die, hydroforming is used to apply the pressure evenly to the entire material surface. 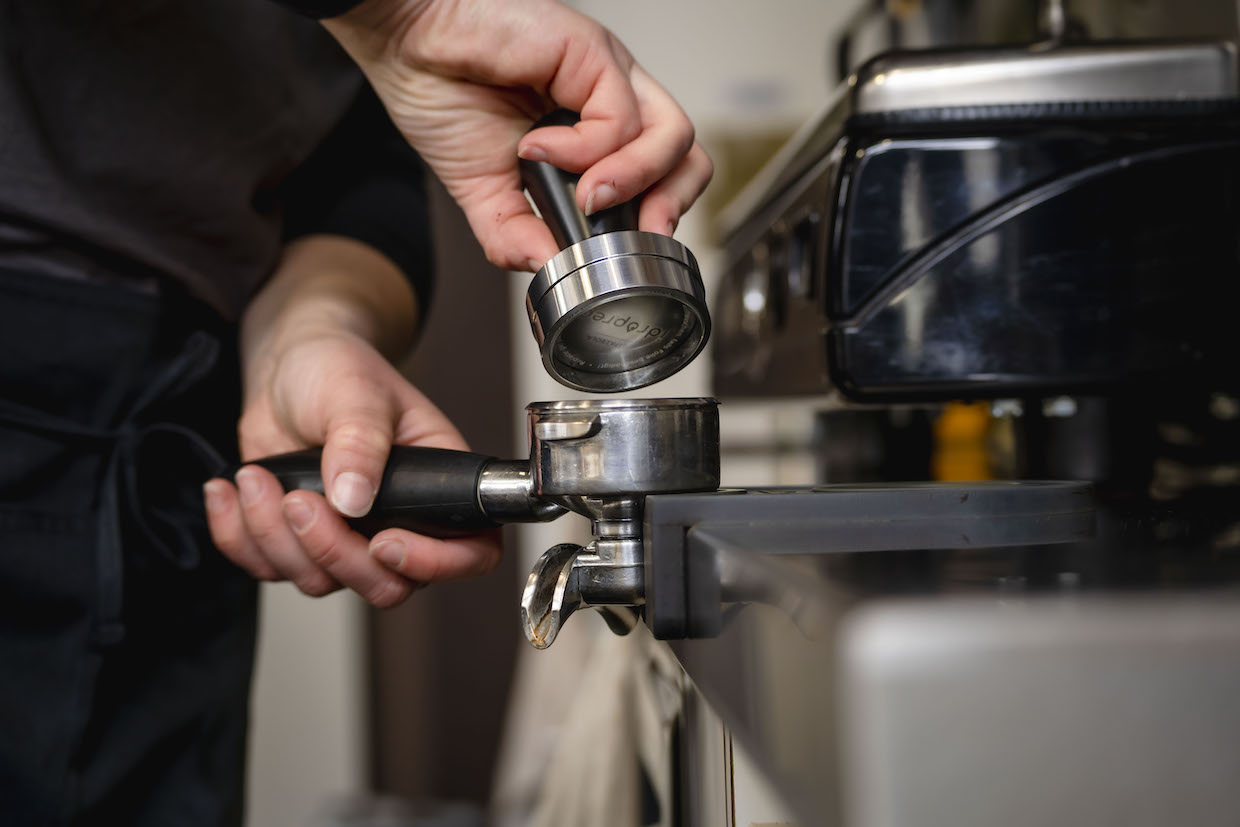 With the Idoprep, the coffee theoretically becomes the die — i.e. the component that dictates the finished structure — while the squishy gel pad applies fluid pressure to the coffee bed.

Traditional tampers’ way of forcing areas of different height/thickness or density into a predetermined shape is what results in variations in coffee puck density, causing channeling during extraction, according to Alexander Senger, founder, owner and chief designer and engineer of St. Fallen, Switzerland-based Protonea, the company behind the Espazzola and the Idroprep.

Senger told Daily Coffee News that despite the widespread use of espresso preparation tools for de-clumping, spreading and leveling the grounds, the ideal puck conditions to avoid channeling remain elusive. While the Idroprep presents its own sort of tradeoff, Senger believes the net result is an improvement.

Senger and the Idroprep make the argument that evenness of density is a more influential variable than the evenness of thickness, or “height” of the coffee puck.

“Let’s look at a coffee puck for which, due to variations in the distribution of the grounds, the Idroprep produced a central spot with a height 5% less than the average,” said Senger. “Water flow through this part will then be about 5% more than average. In case of a traditional stiff tamper, however, this 5% variation in initial volume would translate to something like 20% wider channels between the coffee grains, because the volume of the grains is not affected by tamping.” 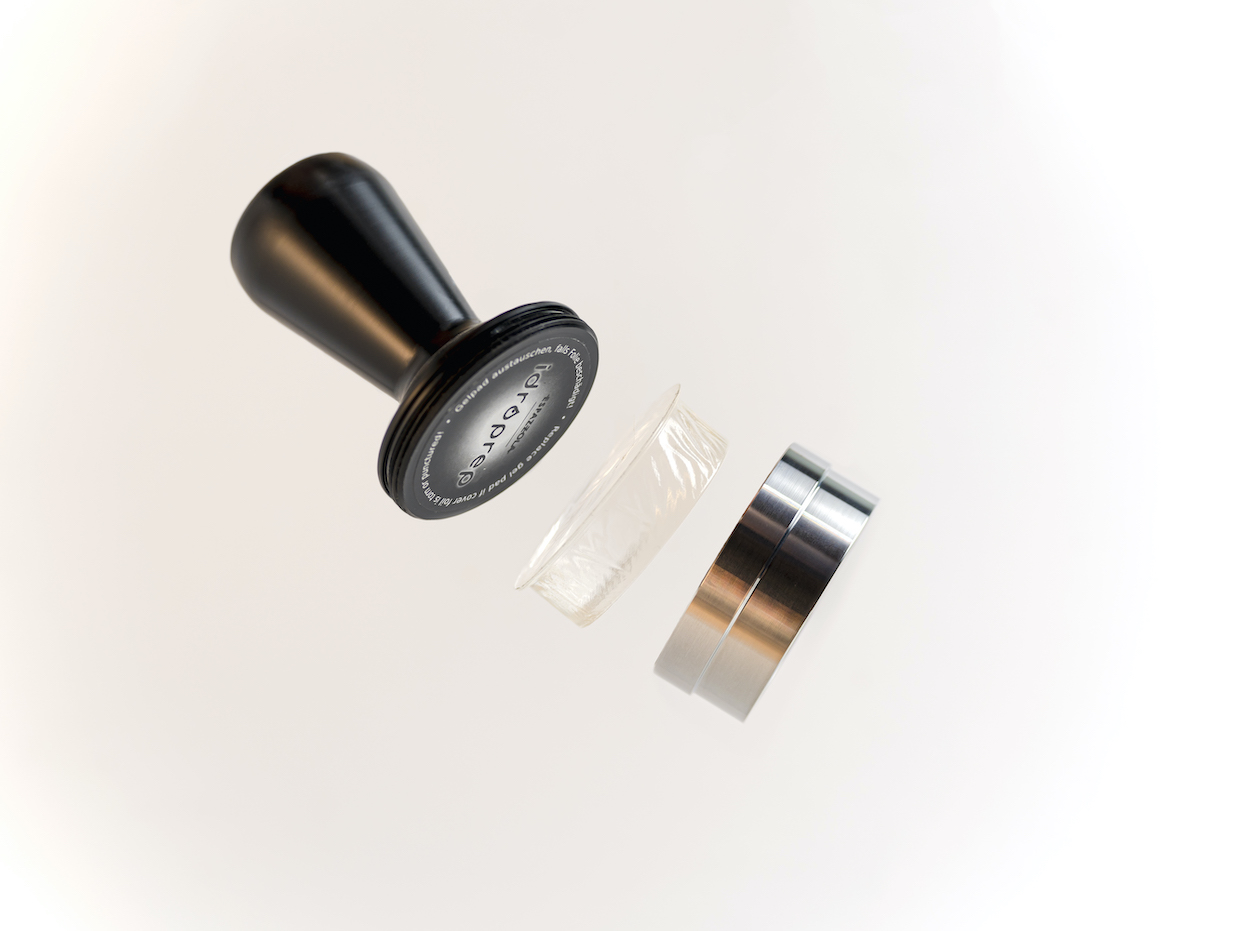 Senger said these benefits are particularly noticeable in the case of single-shot baskets of more severely tapered geometry that are notoriously challenging to tamp.

Developed during the pandemic over a period of roughly 1.5 years, the Idroprep consists of three parts — the handle, a stainless steel ring and the PUR gel-pad — that are all manufactured and assembled in Europe. While Protonea is still gathering data on the lifespan of the gel-pad, Senger said similar pads used in other industries have proven durable in conditions far harsher than on a coffee bar.

“PUR in general is not suited for intense heat, but our pads will withstand the occasional drop of hot water from the espresso machine easily,” said Senger. “The stresses and strains which occur during forming of the coffee puck are well within the limits of the pads.”

Currently the Idroprep is available directly from the company’s website for ₣46.00 CHF (about $47 USD as of this writing) plus shipping.