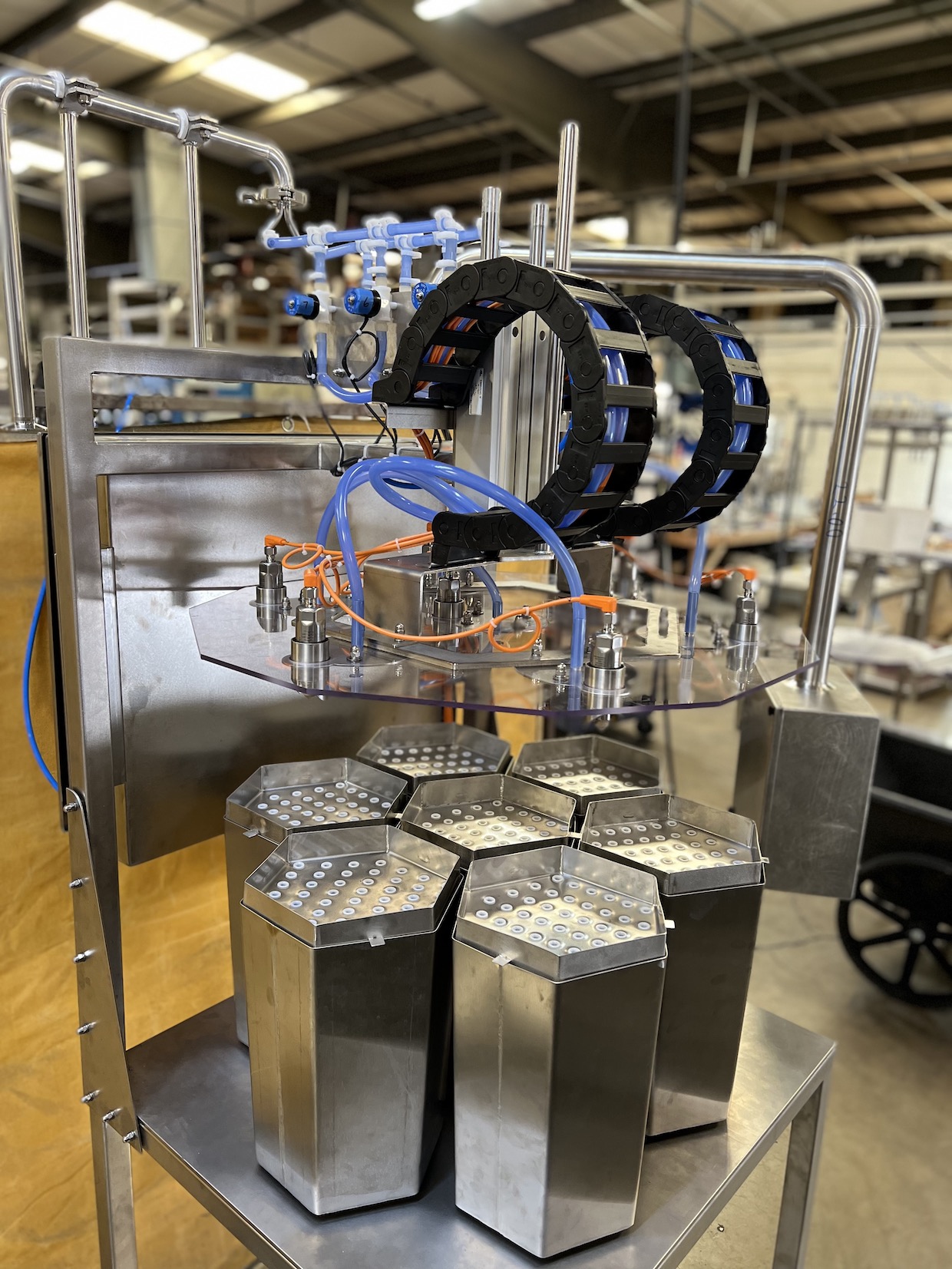 The Hive Brew 100 is a manually operated single-cell version that replaces the Brew50. Its lone hexagonal brew cell holds anywhere from 1-6 pounds of pre-wetted ground coffee, and yields as much as 8-10 gallons of RTD brew at 2.0 Brix within about 25-30 minutes. 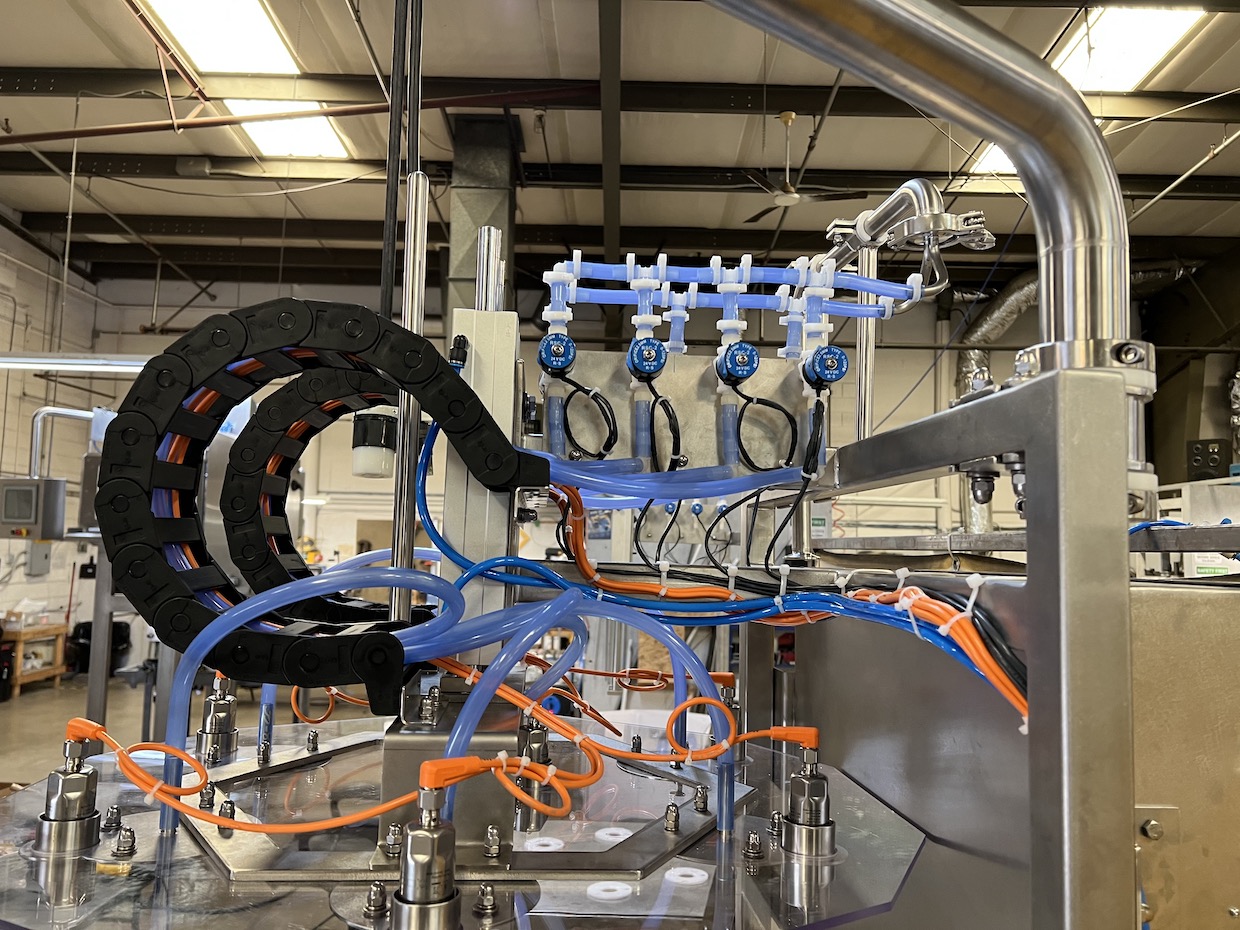 The Hive Brew 700 module contains seven hexagonal brew cells that are positioned closely together in a honeycomb formation. The machine performs seven small-batch extractions within each sell simultaneously. The result is a cumulative 70 gallons of RTD cold brew coffee per 30-minute batch.

Through an Allen-Bradley PLC control system, users can set one profile for all seven cells for a single larger batch, or customize the water temperature and flow rate for seven completely different batches.

“There are different methods of doing cold brew; there’s not one cold brew,” Randy Anderson, an independent cold brew consultant who helped Torr Industries develop its systems, told Daily Coffee News. “If you can control the speed of the water going through the grounds, and you do it at a temperature that minimizes the effects of titratable acidity that you find when you’re doing hot coffee, and you can minimize the changes between chlorogenic acid and the development of quinic acid, you have a successful cold brew. You can still have a lot of flavor; you can have a very smooth drink; and you can have an efficiency or an extraction percentage that is in the 20s, not in the teens.”

To scale up from a Hive Brew 700, as many as eight Hive Brew 700 modules can be daisy-chained together for control by a single PLC unit. The maximum 56-cell system is capable of producing roughly 5,000 gallons of RTD cold brew within an 8-hour shift while maintaining micro-batch precision and extraction efficiency within each cell, and avoiding many of the challenges common to high-volume cold brew production, according to Torr Industries Founder Tim Orr.

“It was like one of those a-ha moments,” Orr told Daily Coffee News. “If you do a small five or six pound brew, you always get a really good extraction percentage and you never lose a batch from what I call a ‘CO2 balloon’ [that] creates an inversion layer inside the bed, [causing] the water to shed off of it like an umbrella. So then I thought, ‘wow, all we have to do is nest these in a hive.’ Now we can brew a lot of coffee, but we always have a controlled brew.”

Each Hive cell has a screen at the bottom that mainly serves to break the surface tension of the descending liquid to alleviate channeling, but also serves as an initial filter. Two more easily rinsed steel plates beneath the screen catch any sediment that may pass through. The machine also calls for pre-wetting grounds before manually loading the mixture into the cells.

Said Orr, “The real filter in our technology is the coffee itself, because it’s [pre-wetted], and the water runs through it slowly enough that the coffee grounds itself holds the fines in the bed itself.” 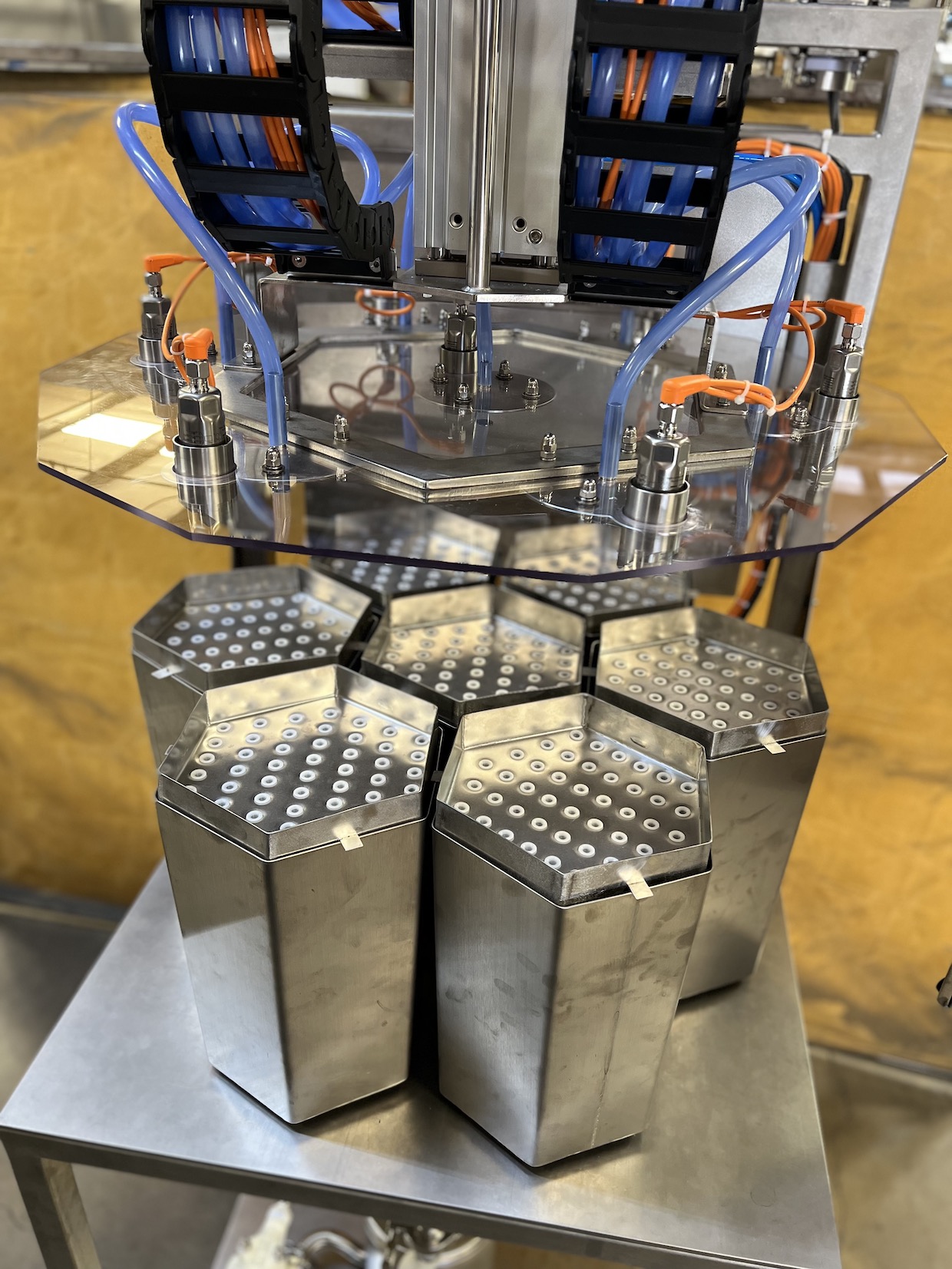 Orr said the company plans to roll out an additional piece of equipment this summer that handles the pre-wetting and loading of coffee automatically.

Legacy Brew50, Twinbrew and Quadbrew systems will continue to be supported while Torr shifts production and development entirely to its Hive Brew system, which can also be used for tea, cascara and other beverages. The company also offers custom design solutions for companies looking to scale brewing to even larger volumes.